What to say at the Pearly Gates 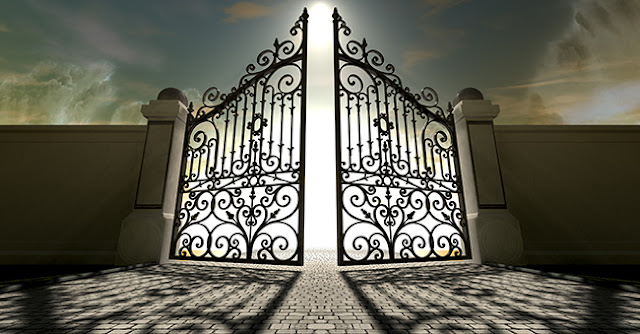 A cowboy appeared before St. Peter at the Pearly Gates.
“Have you ever done anything of particular merit?” St. Peter asked.
“Well, I can think of one thing,” the cowboy offered.
“On a trip to the Big Horn Mountains out in Wyoming, I came upon a gang of bikers who were threatening a young woman. I directed them to leave her alone, but they wouldn’t listen.”
“So, I approached the largest and most tattooed biker and smacked him in the face, kicked his bike over, ripped out his nose ring, and threw it on the ground.”
I yelled, “Now, back off or I’ll kick the shit out of all of you!”
Saint Peter was impressed, “When did this happen?”
“A couple of minutes ago.”
Posted by Bearer at 2:16 AM