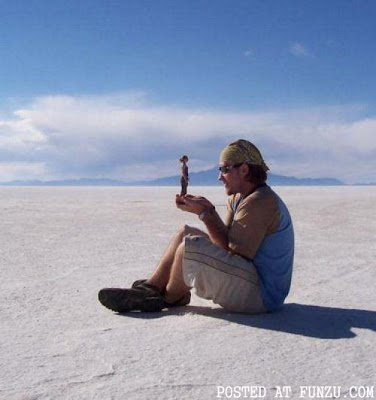 A general store owner hired a young woman who liked to wear very short skirts and thong-panties.
One day, a young man entered the store, glanced at the clerk, and glanced at the loaves of bread behind the counter. Noticing the length of her skirt (or general lack thereof) and the location of the raisin bread, he had a brilliant idea.
He said, "I'd like some raisin bread, please".
She nodded and climbed up a ladder to reach it, where it was located on the very top shelf. He was standing almost directly beneath her, and was provided with an excellent view, just as he surmised he would be. 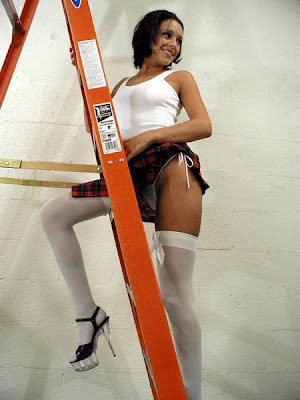 Once she descended the ladder, he mused that he really should get 2 loaves as he was having company for dinner. As she retrieved the second loaf of bread, one of the other male customers in the store noticed what was going on. Thinking quickly, he requested his own loaf of raisin bread so he could continue to enjoy the view.
With each trip up the ladder, the young lady seemed to catch the eye of another male customer. Pretty soon, each male customer was asking for raisin bread. After many trips, she was tired, irritated and thinking she was really going to have to try this bread for herself. Finally, once again atop the ladder, she stopped and fumed, glaring at the men standing below. 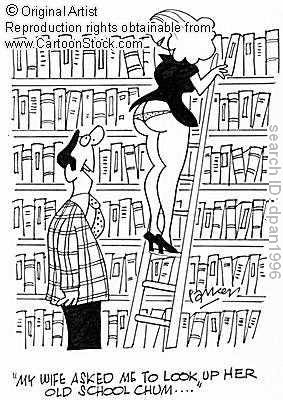 She noticed an elderly man standing amongst the crowd staring up at her. Thinking to save herself a trip, she yelled at the old man, "Is yours raisin, too?"
He croaked,"No, but it's startin' to quiver".
Posted by Bearer at 9:44 PM