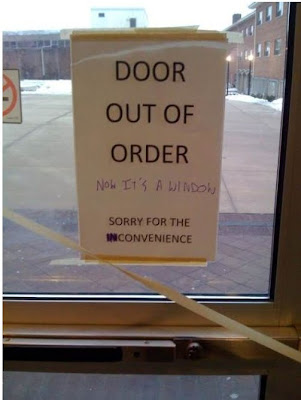 Now this is being creative - Ahh... How do I come in or get out ? Through your rear end ?

This is definitely a good way to prevent your self from being called a pervert. 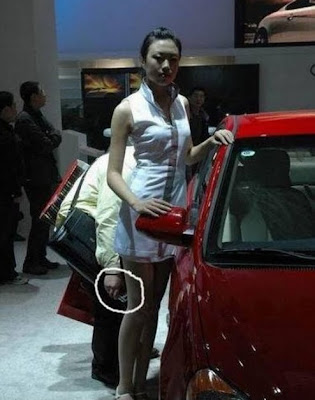 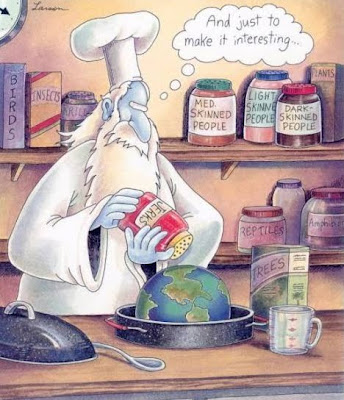 Indeed he knows to have fun at our expense. 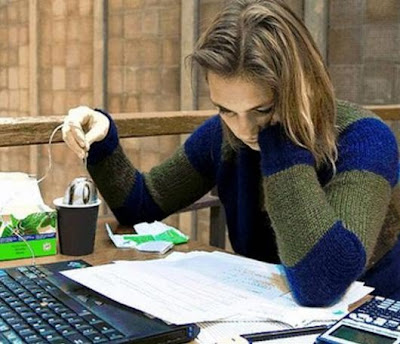 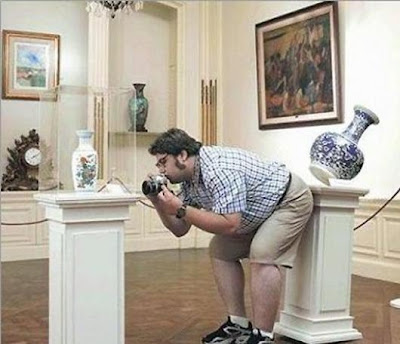 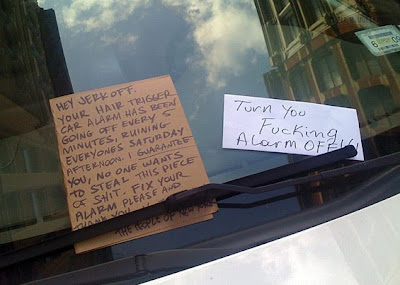 1. I've smoked fatter joints than that.

5. You know they have surgery to fix that.

8. You know, there's a tower in Italy like that.

9. Can I paint a smiley face on that? 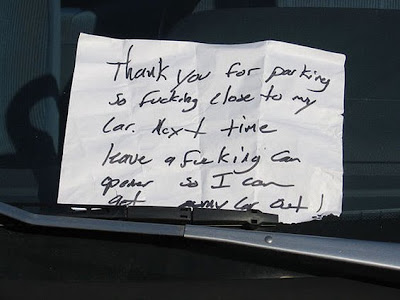 22. How sweet, you brought incense.

23. This explains your car.

28. Have you ever thought of working in a sideshow?

29. Every heard of clearasil? 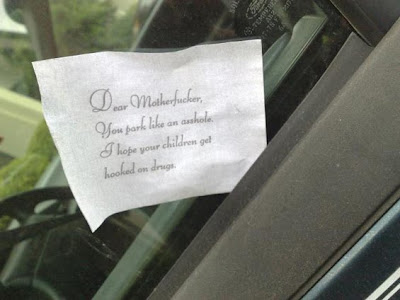 42. Why don't we skip right to the cigarettes?

44. Did you date Lorena Bobbitt? 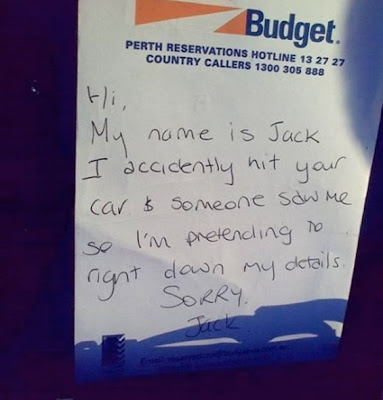 48. Is that an optical illusion?

50. I'll go get the ketchup for your French fry.

52. It's a good thing you have so many other talents.

54. So this is why you're supposed to judge people on personality.

55. Where are the puppet strings?

59. Is that a second belly button?

Posted by Bearer at 9:02 PM No comments:

Women are basically greedy. They want all things from one man. While men are so simple that they want only one thing from all women. 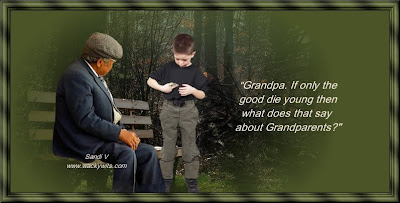 There was this guy sunbathing in the nude at the beach. Well, this little girl comes up to him, so he covers his private parts with a newspaper.

The little girl says, 'What's under there?'

The girl goes away and the man falls asleep. When he wakes up, he is in a hospital and in great pain.

A doctor comes up to his bed and asks, 'What happened?'

The man answers, 'I don't know. I was at the beach and I fell asleep after talking to a little girl.'

So the doctor tells this to the Police, and they go to the beach to find any witnesses. When they get there, they see the little girl the man was talking about. So they ask her if she did anything to the man.

She answers, ' I didn't do anything to the man, but while he was sleeping, I played with his bird. After a while, it spit at me, so I broke its neck, burned its nest, and smashed all its eggs!' 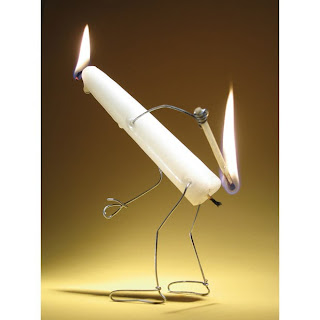 Two prostitutes were riding around town with a sign on top of their car which said: "TWO PROSTITUTES — $50.00."

A policeman, seeing the sign, stopped them and told them they'd either have to remove the sign or go to jail.


Just at that time, another car passed with a sign saying: "JESUS SAVES."

One of the girls asked the cop, "Why don't you stop them?!"

"Well, that's a little different," the cop smiled. "Their sign pertains to religion."


So the two ladies of the night frowned as they took their sign down and drove off.

The following day found the same cop in the area when he noticed the two ladies driving around with a large sign on their car again.

Figuring he had an easy bust, he began to catch up with them when he noticed the new sign which read:

Save me from the Great wall of China ! 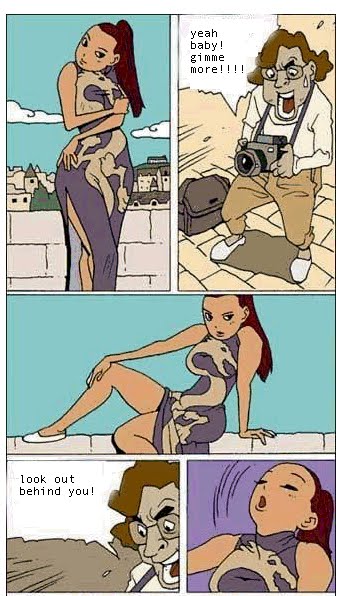 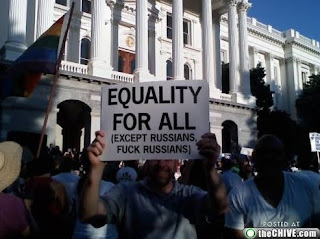 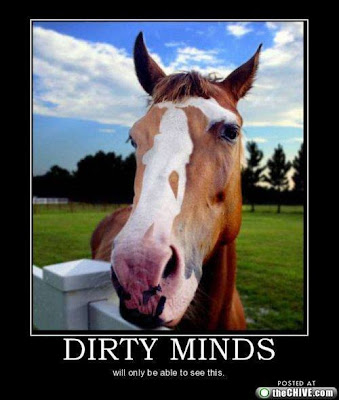 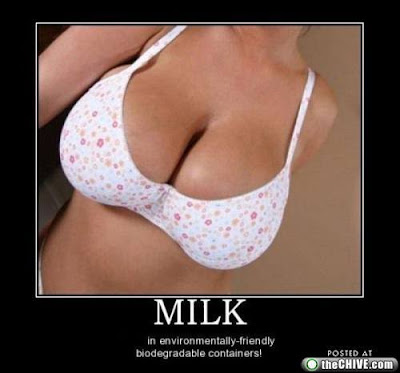 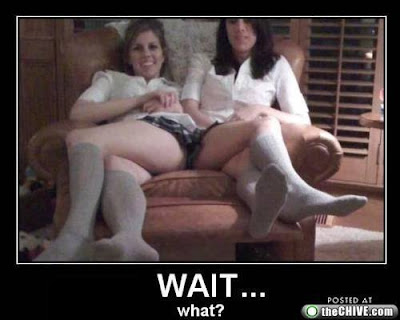 Posted by Bearer at 1:15 AM No comments:

Can never Please a woman

Click on image to get a larger, readable version. :) have fun !

A man was sitting on the edge of the bed, observing his wife,
looking at herself in the mirror. Since her birthday was not far off he asked what she'd like to have for her Birthday.

'I'd like to be twelve again', she replied, still looking in the
mirror.

On the morning of her Birthday, he arose early, made her a nice
big bowl of Coco Pops, and then took her to Alton Towers theme park. What a day!

He put her on every ride in the park; the Death Slide, the
Corkscrew, the Wall of Fear, the Screaming Monster Roller Coaster,
everything there was.

Five hours later they staggered out of the theme park. Her head was reeling and her stomach felt upside down. He then took her to a Mc Donald's where he ordered her a Happy Meal with extra fries and a chocolate shake.

Then it was off to the cinema with popcorn, a huge Cola, and her
favourite sweets...........M&M's. What a fabulous adventure!

Finally she wobbled home with her husband and collapsed into bed
exhausted.

He leaned over to his wife with a big smile and lovingly asked,
'Well Dear, what was it like being twelve again?'


Her eyes slowly opened and her expression suddenly changed. 'I
meant my dress size, you retard'!

Posted by Bearer at 9:09 PM No comments:

Hello My friends who love to have a goo laugh !

Here are some funny Pics. Hope you enjoy them and also visit the archives for the past jokes, pics and cartoons.

Please do keep visiting as I will be posting new items on a frequent basis. Click on pics for larger / readable version. 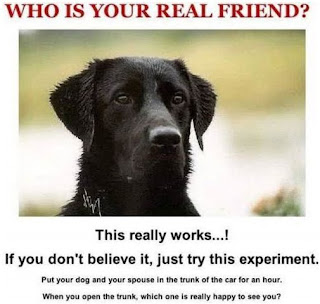 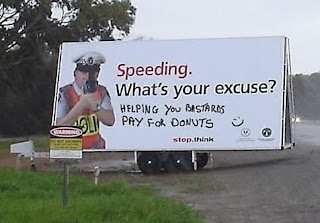 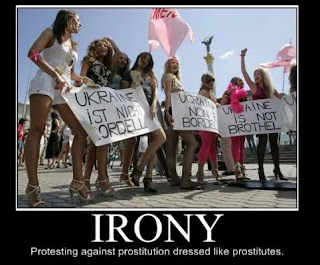 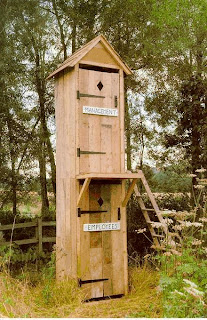 Posted by Bearer at 9:51 PM No comments: