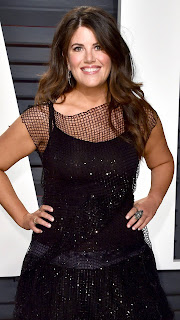 Some years ago President Clinton was hosting a state dinner when, at the last minute, his regular cook fell ill, and they had to get a replacement on short notice.The fellow arrived and turned out to be a very grubby-looking man named Jon.

The President voiced his concerns to his Chief of Staff but was told that this was the best they could do on such short notice.

Just before the meal, the President noticed the cook sticking his finger in the soup to taste it and again complained to the Chief Of Staff, but he was told that this man was supposed to be a very good chef.

The meal went okay, but the President was sure that the soup tasted a bit funny.

By the time dessert came, he was starting to have stomach cramps and nausea.

It was getting worse and worse until finally the President had to excuse himself from the dinner to look for the bathroom.

Passing through the kitchen, he caught sight of the cook, Jon, scratching his bum, which made him feel even worse.

By now, the President was desperately ill with violent cramps and was so disorientated that he couldn't remember which door led to the bathroom.

He tried every door in the hallway and was on the verge of passing out from the pain when he finally found a door that opened.

As he unzipped his trousers and ran in, he realized to his horror that he had stumbled into Monica Lewinsky's office with his trousers around his knees. 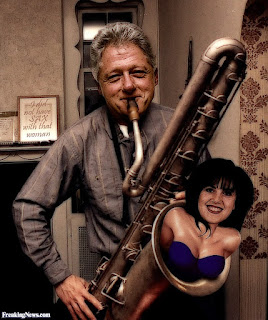 The President fell to the floor in pain and as he was just about to pass out, Monica bent over him to listen for a heartbeat and heard the President whisper in a barely audible voice,
"Sack my cook."

And, that is how the whole misunderstanding occurred.

Airbus A380 Vs Eurofighter Tempo Mach 2 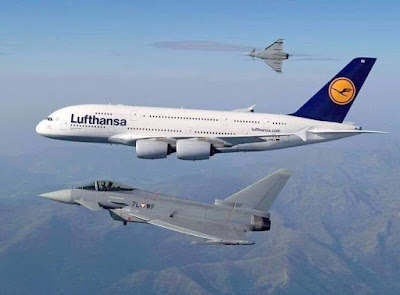 An Airbus 380 is on its way across the Atlantic. It flies consistently at 800 km/h in 30,000 feet, when suddenly a Eurofighter with Tempo Mach 2 appears.

The pilot of the fighter jet slows down, flies alongside the Airbus and greets the pilot of the passenger plane by radio: "Airbus flight, boring flight isn’t it? Take care and have a look here!”
He rolls his jet on its back, accelerates, breaks through the sound barrier, rises rapidly to a dizzying height, only to swoop down almost to sea level in a breathtaking dive. He loops back next to the Airbus and asks, "Well, how was that?"
The Boeing pilot answers: "Very impressive, but now have a look here!"
The jet pilot watches the Airbus, but nothing happens. It continues to fly stubbornly straight, with the same speed. After five minutes, the Airbus pilot radioed, "Well, what are you saying now?"
The jet pilot asks confused: "What did you do?" The other laughs and says, "I got up, stretched my legs, went to the back of the flight to the bathroom, got a cup of coffee and a cinnamon cake and made an appointment with the stewardess for the next three nights - in a 5 Star hotel, which is paid for by my employer. "
The moral of the story is:
When you are young, speed and adrenaline seems to be great. But as you get older and wiser, comfort and peace are not to be despised either.

This is called S.O.S.: Slower, Older, Smarter.
Dedicated to all my friends who like me likes the S.O.S. approach and to share with their friends who need a good laugh and enlightenment
Posted by Bearer at 1:47 AM No comments: