Joe wanted to buy a motorbike. He doesn't have much luck until one day, he comes across a Harley with a 'for sale' sign on it.
The bike seems even better than a new one, although it is 10 years old. It is shiny and in absolute mint condition.
He immediately buys it, and asks the seller how he kept it in such great condition for 10 years.
'Well, it's quite simple, really,' says the seller, 'whenever the bike is outside and it's gonna rain, rub Vaseline on the chrome. It protects it from the rain.'
And he hands Joe a jar of Vaseline.
That night, his girlfriend, Sandra, invites him over to meet her parents. Naturally, they take the bike there. 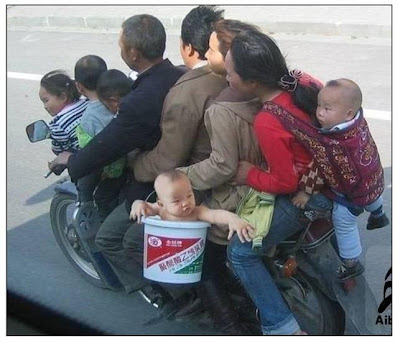 But just before they enter the house, Sandra stops him and says, 'I have to tell you something about my family before we go in.'
'When we eat dinner, we don't talk. In fact, the first person who says anything during dinner has to do the dishes.'
'No problem,' he says. And in they go.
Joe is shocked. Right smack in the middle of the living room is a huge stack of dirty dishes.
In the kitchen is another huge stack of dishes. Piled up on the stairs, in the corridor, everywhere he looks, dirty dishes.
They sit down to dinner and, sure enough, no one says a word.
As dinner progresses, Joe decides to take advantage of the situation.
So he leans over and kisses Sandra.
No one says a word.
So he reaches over and fondles her breasts.
Still, nobody says a word. So he stands up, grabs her, rips her clothes off, throws her on the table, and screws her right there, in front of her parents. 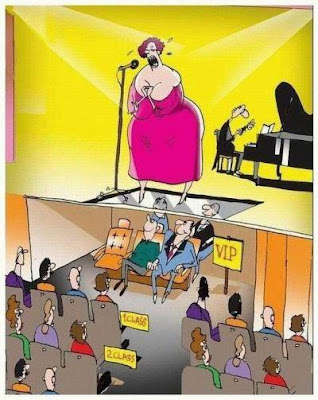 His girlfriend is a little flustered, her dad is obviously livid, and her mom horrified when he sits back down, but no one says a word.
He looks at her mom..
'She's got a great body,' he thinks.
So he grabs the mom, bends her over the dinner table, pulls down her panties, and screws her every which way right there on the dinner table. After she has a big orgasm, he sits down again.
Now his girlfriend is furious and her dad is boiling, the Mom is pleasantly beaming.
But still, Total silence.
All of a sudden there is a loud clap of thunder, and it starts to rain. 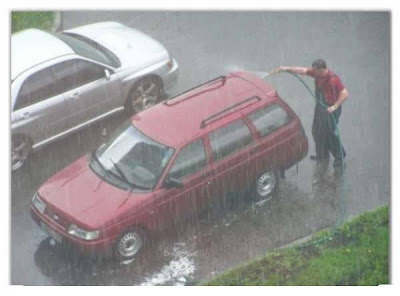 Joe remembers his bike, so he pulls the jar of Vaseline from his pocket...
Suddenly the father shouted....
'I'll do the fucking dishes!!!
Posted by Bearer at 9:30 PM